The intent of this landscape design is to create a park that realises the values offered by a large public park to the City of Beira, which include climate change amelioration, education and recreation. This objective is realised through a series of actions related to the improvement of ecosystem functioning, improving use and educational values, accessibility, permeability and sense of place.

In order to encourage people to use and therefore value the park and river system, passive and active recreational activities, art installations and activation nodes have been located along the river length. These nodes respond to the surrounding urban context and the existing social patterns and needs, providing exciting programming for the park. Earthworks have been working on the project since 2014. Implementation is expected to begin in 2018. When the park is complete it will be one of the largest urban urban parks built in post-colonial Africa, to date.

The Chiveve River was a small tidal estuary stretching from the coast in Beira, up 5km through the city center to Goto informal settlement where it originates at Goto wetland. The Park encompasses the whole river from source to sea. The first stage of this project, which is now complete, was to open the river mouth, and dredge the river, allowing tidal flow back into the system and to provide increased flood protection to the City of Biera, which is vulnerable to flooding and sea level fluctuations due to the city being below sea level. The second stage of the project is to turn the engineering – flood control project area into an urban recreational park.

The Chiveve River Park is split into 4 ‘Basins’ which follow the course of the river from the harbour up to Goto wetland. Through understanding the river, and the park, as a part of the City’s urban fabric, in order to improve access across the river an additional 20 pedestrian bridges have been designed in to cross the river, as well as a cycle route network which provides linear connection from the harbour through to Goto wetland.

Design elements are used to tie the different spaces of the park together includes gateways to delineate thresholds and edge different spaces, signage which provides for wayfinding, information and education on the natural processes occurring within the site. Boardwalks and bridges provide access through and across the wetlands and the river, allowing for passive recreation within the mangrove trees. Each Basin have a unique programmatic focus, based on the outcomes from the site analysis, responding to the surrounding urban fabric.

Pedestrian connectivity is a vital design principle to the success of the project and this LDP has made provision for walking, jogging and cycling routes that entwine through and along the river from its headwaters through to its mouth at the fishing port of the city. Along this route, outdoor children’s playgrounds, sport facilities, trim parks or outdoor gyms, space for commercial activities, cultural happenings and events, nature walks, picnic areas, a botanical educational facility and a water park have been planned.

One of the main challenges on this project is ensuring the local population will value the park, before the redevelopment it was basically a rubbish dump, plastic bottles, bags and all other rubble generated in the city was dumped into the river and taken away when the tide went out. We convinced the clients to change the perception of the people through design rather than just fencing it off, that if they can use it they would value it.

Perspective of redeveloped boulevard: this existing boulevard that overlooks the Chiveve River near the fishing port is to be upgraded with pedestrian seating, cycle lanes, formalised small business kiosks, cafes and entrances to nature walks along the river. This is to form a well used public space in the centre of the downtown area. 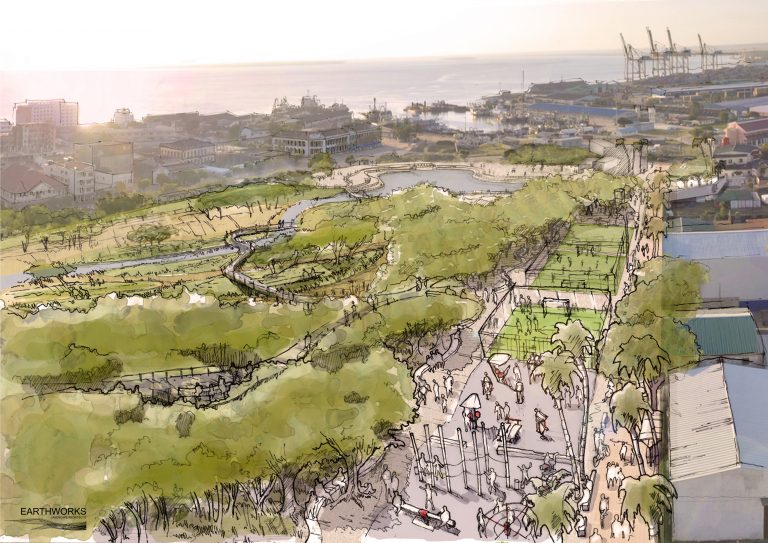 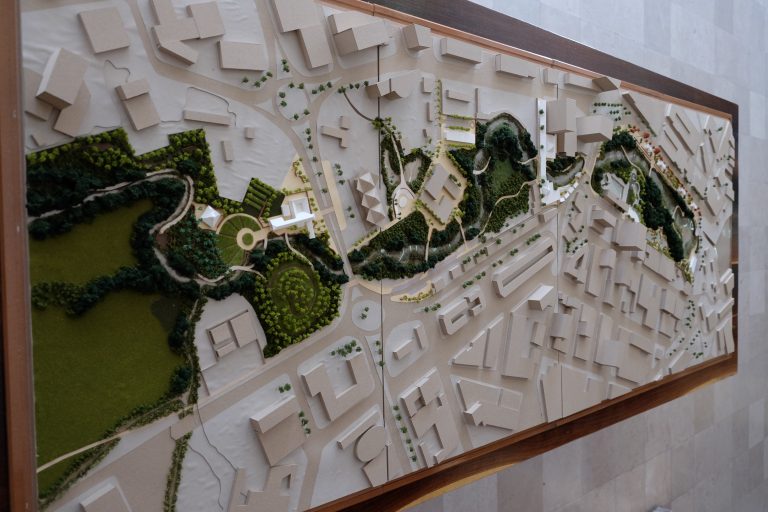 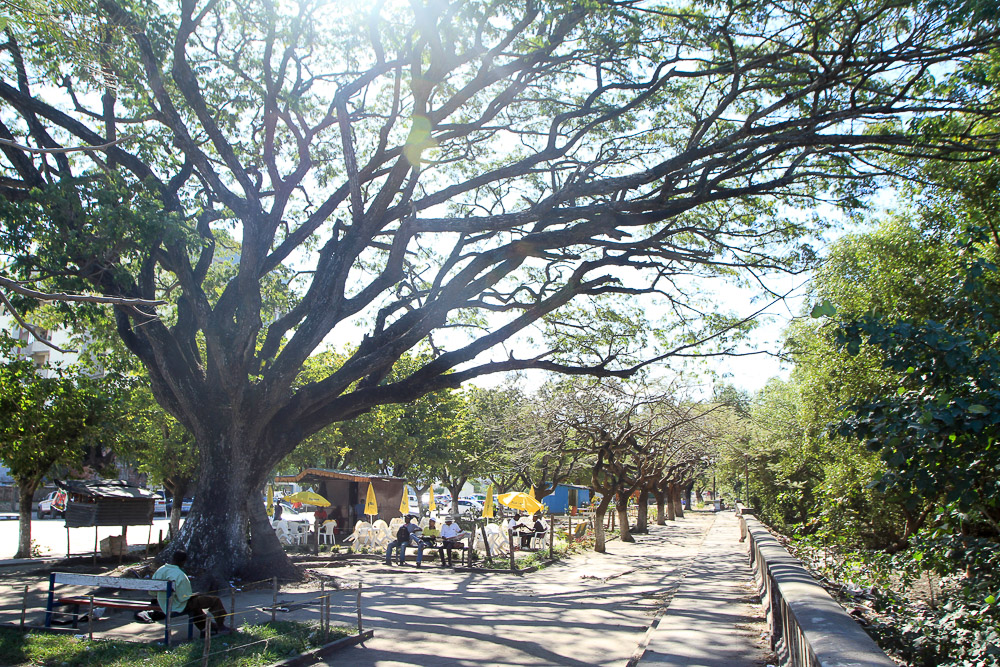 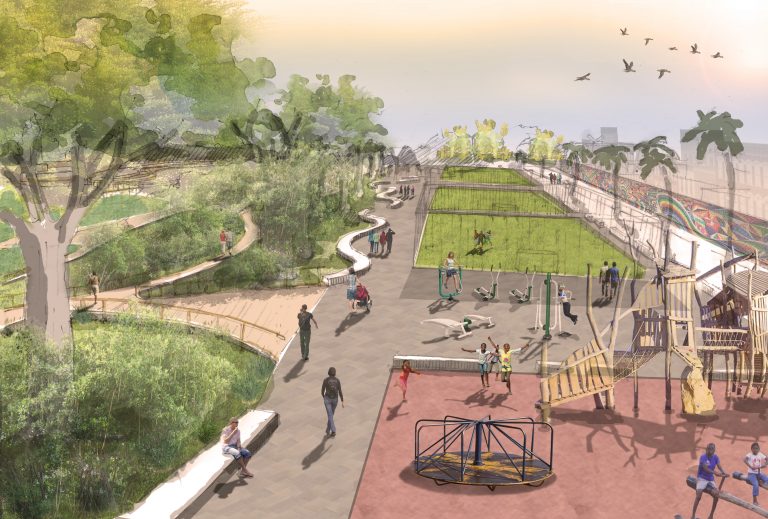